WonderWorks is an amusement park for the mind and features over 100 interactive exhibits for visitors of all ages to experience. Here you can participate in some of the most imaginative displays and exhibits found in any facility in the United States starting with the inversion tunnel to be turned upside-down!

The WonderWorks All Access Ticket includes ALL WonderWorks exhibits, the 4-D Theater, the Glow-In-The-Dark Ropes Course, and one game of Laser Tag. Among the other highlights, you will discover: Removed from the glare of the media and the encumbrances of governmental restrictions; a group of scientists from around the world collaborated to find answers to the unexplainable. Their mission: to understand, predict and control these phenomena. In early 1998, during a top-secret experiment, something went awry. When the scientists attempted to harness the power of a man-made tornado, the giant, swirling vortex unleashed its power throughout the laboratories! The energy vortex lifted the research facility from its foundation and transported the laboratory hundreds of miles away to Orlando, Florida, where it landed upside-down, but otherwise functionally intact.

Among the other highlights, you will discover:

Wonderworks is located at the heart of International Drive and is open daily from 9.00am through to Midnight. We recommend allowing at least 2-3 hours for your visit. You will be issued with an open-dated ticket voucher that can be redeemed at any time on your holiday.

Cancellation Policy: Tickets can be cancelled for free until they are downloaded from your customer account. Once tickets have been downloaded, ticket is non-refundable. 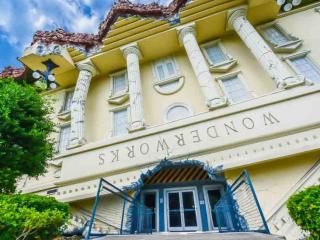 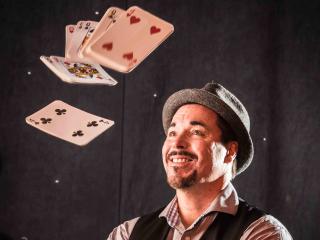