Dive deeper into an underwater world at SEA LIFE Orlando Aquarium. Soak up incredible views from Orlando’s only 360-degree Underwater Tunnel and feel your heart race as majestic sharks and graceful rays swim overhead! Gaze in awe at magical creatures as you walk through incredible themed habitats then pop up in our bubble tanks for an astonishingly close view!

SEA LIFE Orlando offers a new wave of underwater adventures with diverse species from around the globe! Come face-to-face with more than 5,000 creatures including colourful fish, seahorses and jellyfish, and surround yourself with turtles and sharks in our immersive 360-degree ocean tunnel.

Located at I-Drive 360, the heart of International Drive, join us for a spectacular adventure through the Oceans of the World. Discover an aquarium where you can explore beautiful tropical waters of the Indian Ocean, find out the secrets of the Atlantic, and be amazed by the wonders of the Pacific. Encounter stunning blooms of jellyfish, the Giant Pacific Octopus that lurks in the sunken shipwreck and come nose-to-nose with Green Sea Turtle.

SEA LIFE Orlando provides a fascinating interactive journey for all ages into the diversity of marine life while playing an active role in conservation efforts and inspiring others to lend their support. 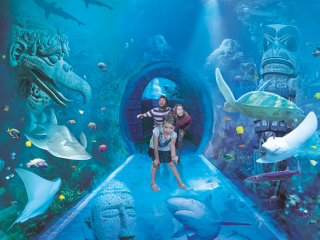 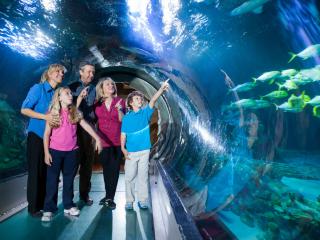