LEGOLAND® Florida Resort is Built for Kids! With more than 50 rides, shows and attractions designed for ages 2 to 12, LEGOLAND Florida theme park offers everything from “pink knuckle” roller coasters to hands-on LEGO® building activities to an entire DUPLO-themed area for toddlers.

LEGOLAND® Florida offers great areas to explore including ‘City’ – featuring a driving school where children earn their first ‘driver’s license’ and families compete on Fun Town Fire Academy – a competitive ride that challenges families to get a fire truck from one side to another to put out a faux fire; Imagination Zone - where children can build on their imaginations and race cars against each other; DUPLO Play Area - ideal for toddlers and their growing minds. Here you can attend the Factory Tour at LEGOLAND® Florida Resort - a firsthand look at how LEGO bricks are made from factory to finish; Castle Hill - a medieval area featuring an indoor/outdoor roller coaster taking guests on a ride in and out of a castle where a dragon defends his treasure and Dino Island - where guests can take a trip to prehistoric times and experience their first "thrill" ride.

LEGOLAND® is becoming even "awesomer" with the addition of Bricksburg where the immersive world of THE LEGO® MOVIE™ comes to life through new attractions, character experiences, and more! Take a suspended ride aboard Emmet’s Triple Decker Couch through a virtual world created completely from LEGO® bricks on THE LEGO MOVIE Masters of Flight, then take a rainbow-filled journey to the tiptop of Cloud Cuckoo Land and back on Unikitty’s Disco Drop. Your last challenge? Stop DUPLO aliens from invading and stealing LEGO bricks at Battle of Bricksburg

Use your LEGOLAND® Florida Resort Tickets to discover a host of rides and attractions:

LEGOLAND Florida Opening Schedule: LEGOLAND Park and LEGOLAND Water Park are open daily throughout the year except for Wednesdays in January, February, September, October, November and December. Gates normally open at 10.00am. 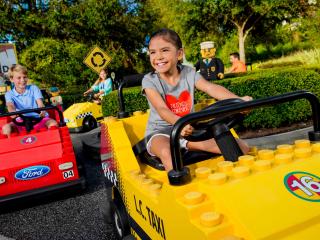 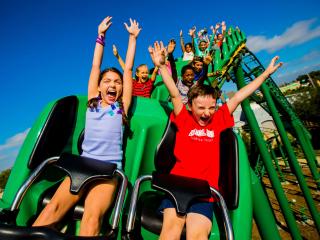 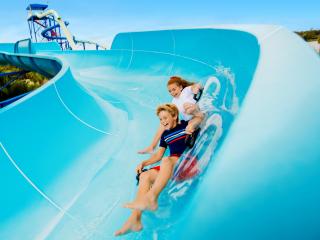 Get better value by combining LEGOLAND® Florida Resort with other parks 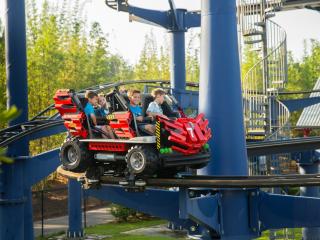 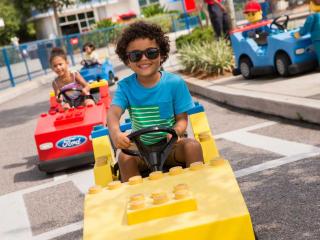