Water is Life. Life is Joy. That is the mantra by which the fabled Waturi islanders have lived on their Pacific isle for centuries. And now you can live the Waturi way at Universal’s Volcano Bay™, an all-new, adventure-drenched water theme park like no other, filled with both thrills and relaxing indulgence. Here, there’s no standing in long lines. No wrestling with tubes. No waiting for the fun to begin. Which means you spend more time drifting leisurely down a winding river, plummeting down a tropical volcano, catapulting into pools of blue water, and reconnecting with your family. All just steps away from our other theme parks, Universal’s Islands of Adventure™ and Universal Studios Florida™ and Universal CityWalk™ dining, shopping and entertainment.

TapuTapu™ Puts The Wonders Of Volcano Bay™ Right At Your Wrist.

At Volcano Bay™ every guest is granted the powers of the TapuTapu™, a waterproof wearable specifically designed for the park. With just a touch of your wrist you’ll be able to hold your place in a Virtual Line™ at the rides and discover wondrous surprises.

The namesake of Universal’s Volcano Bay™, this fiery landmark towers over the landscape, beckoning guests to the center of this lush, tropical island.

Wave Village is the first of three villages guests encounter at Volcano Bay™. This peaceful escape overlooks the sparkling waters of Waturi Beach at the base of the volcano.

Waturi Beach - Swim, splash and relax right along with them in the sparkling waters and warm waves of this sparkling lagoon at the foot of mighty Krakatau™.

The Reef - Watch the bravest Waturi take the Ko’okiri Body Plunge from the comfort of this peaceful leisure pool. Its clear plexi tube shoots straight through this 5.5-foot-deep pool, which features its own private waterfall that’s perfect for frolicking.

RIVER VILLAGE
The second of three villages in Universal’s Volcano Bay™, River Village has fun for people of all ages, including the very youngest Waturi.

The third village you’ll discover in Universal’s Volcano Bay™, Rainforest Village stretches along the shores of an action-packed river and features the perfect mix of relaxation and exhilaration. 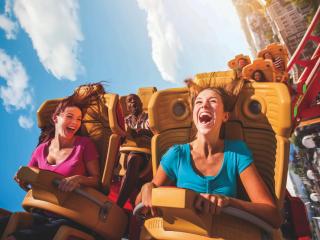 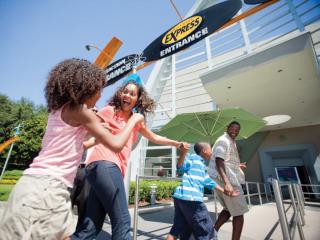 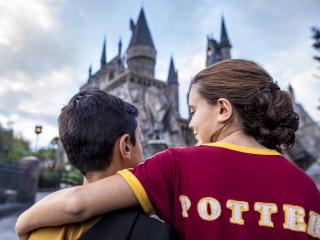 Get better value by combining Universal's Volcano Bay with other parks 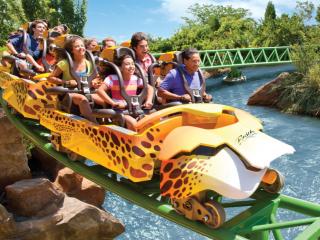 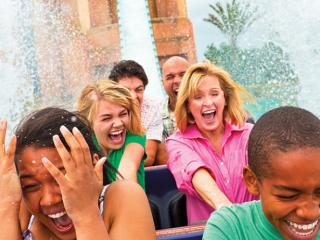